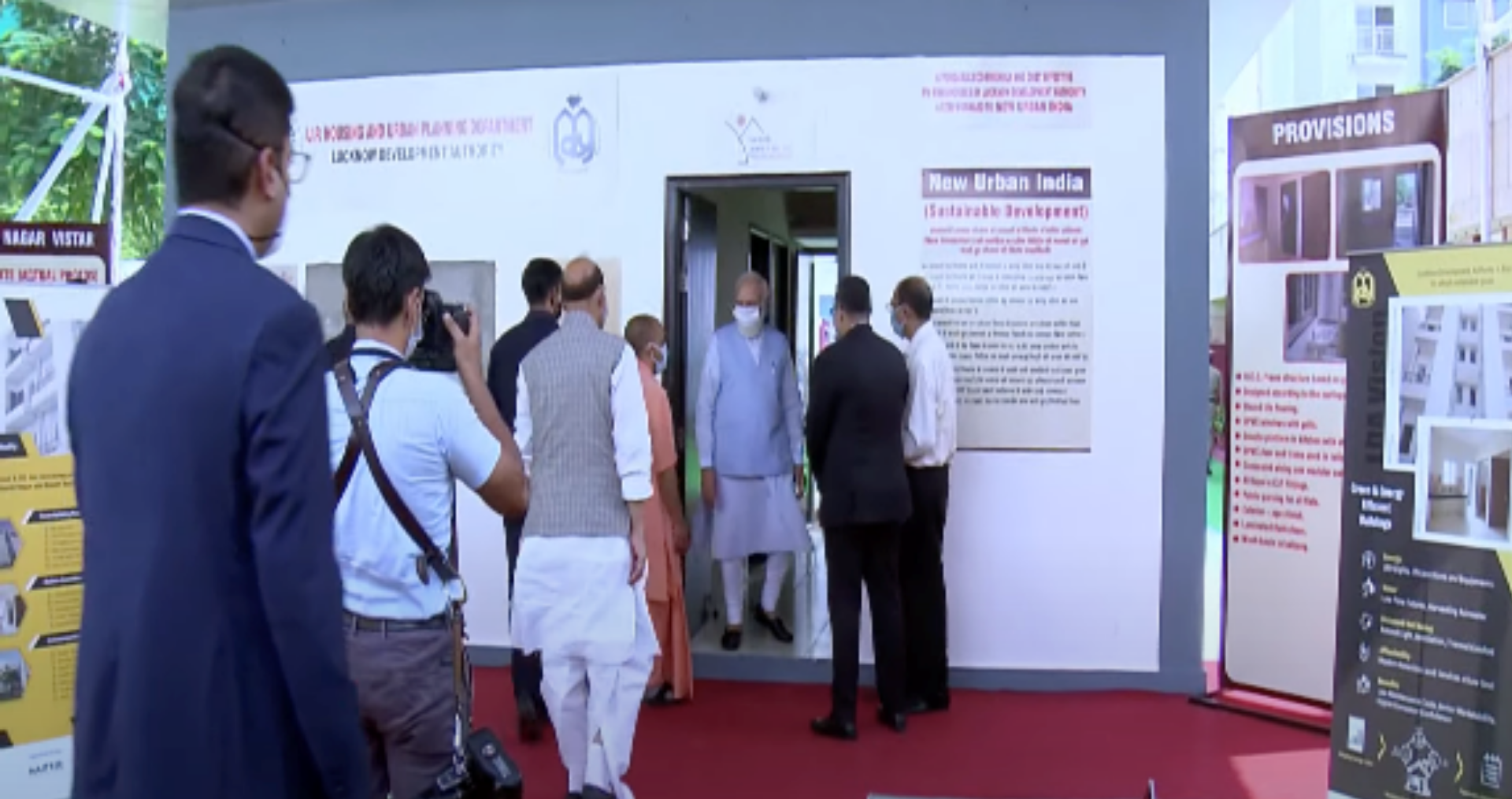 USAID has supported Lucknow Development Authority (LDA) towards development of a Vision and Roadmap for Green and Energy Efficient Housing for all development under the purview of LDA. Following which, LDA has already constructed over 4500 homes that are not only affordable but also green, energy efficient and comfortable. USAID and LDA’s efforts towards scaling green low-cost housing were showcased at the ‘New Urban India – Transforming Urban Landscape’ Conference-cum-Expo’ from October 5-7, organized by Ministry for Housing & Urban Affairs (MoHUA) and inaugurated by Indian Prime Minister Narendra Modi. The event is themed on transforming urban landscape with specific focus on the transformative changes brought about in Uttar Pradesh. The exhibitions highlight the achievements so far under various Flagship Urban Missions of MoHUA.

A movie highlighting efforts of Lucknow Development Authority (LDA) and MAITREE has also been prepared. This movie features Mr. Akshay Tripathi, Vice Chairman, LDA, Mr. Indu Shekhar singh, Chief Engineer, LDA and Ms. Karen Klimowski, Deputy Mission Director USAID/India; sharing insights towards development and realization of the Vision and Roadmap for Green and Energy Efficient Affordable Housing. This was screened during the Prime Minister’s visit and will continue screening for the next 2 days for visitors to the exhibition.